Francesc's doctorate research is focused on the intersections between environmental decision-making and knowledge production in Costa Rica, focusing on a socio-environmental controversy over the construction of run-of-the-river dams in communities in and adjacent to the Alexander Skutch Biological Corridor.  Taking a post phenomenological approach drawn from political ecology and science studies, his work elucidates the ways that collective imaginaries are embedded in and influence the way that knowledge relevant to this controversy is constructed and used.

Francesc did fieldwork for two years in Costa Rica, where he took part and participated in dozens of events and activities related to the controversy such as demonstrations, radio shows, environmental workshops, and farmer gatherings, among others. His thesis aims to contribute to rethink the way that scientific and non-scientific environmental knowledge informs decision-making in context of the sustainable development agenda in Costa Rica. Francesc is planning to defend his dissertation in 2017. 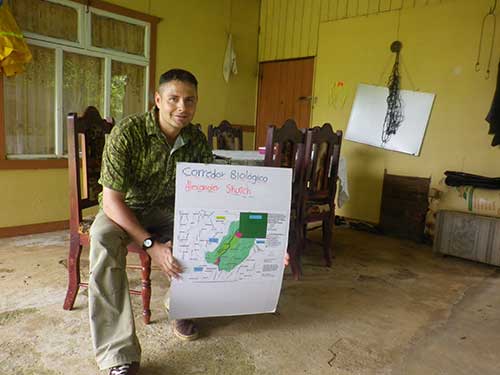